Winner of an Applied Arts Award
"In a decade, digital devices have changed our relationship to space, time and others.
The toddlers do not escape the surge, on the contrary. What are they risking?"
I had the chance to work on this exciting subject: How much parents should be concerned about leaving their children in front of digital screens? What are the real facts? Good or bad?
The main idea for the first illustration was to represent a child left alone in front of several screens, broadcasting a hypnotizing image. The second illustration represented the influence of the parents and their behavior towards digital: If a parent is constantly on his/her mobile phone, the child will necessarily be influenced by it.
The magazine was printed in march 2019.
Client: Québec Science​​​​​​​ 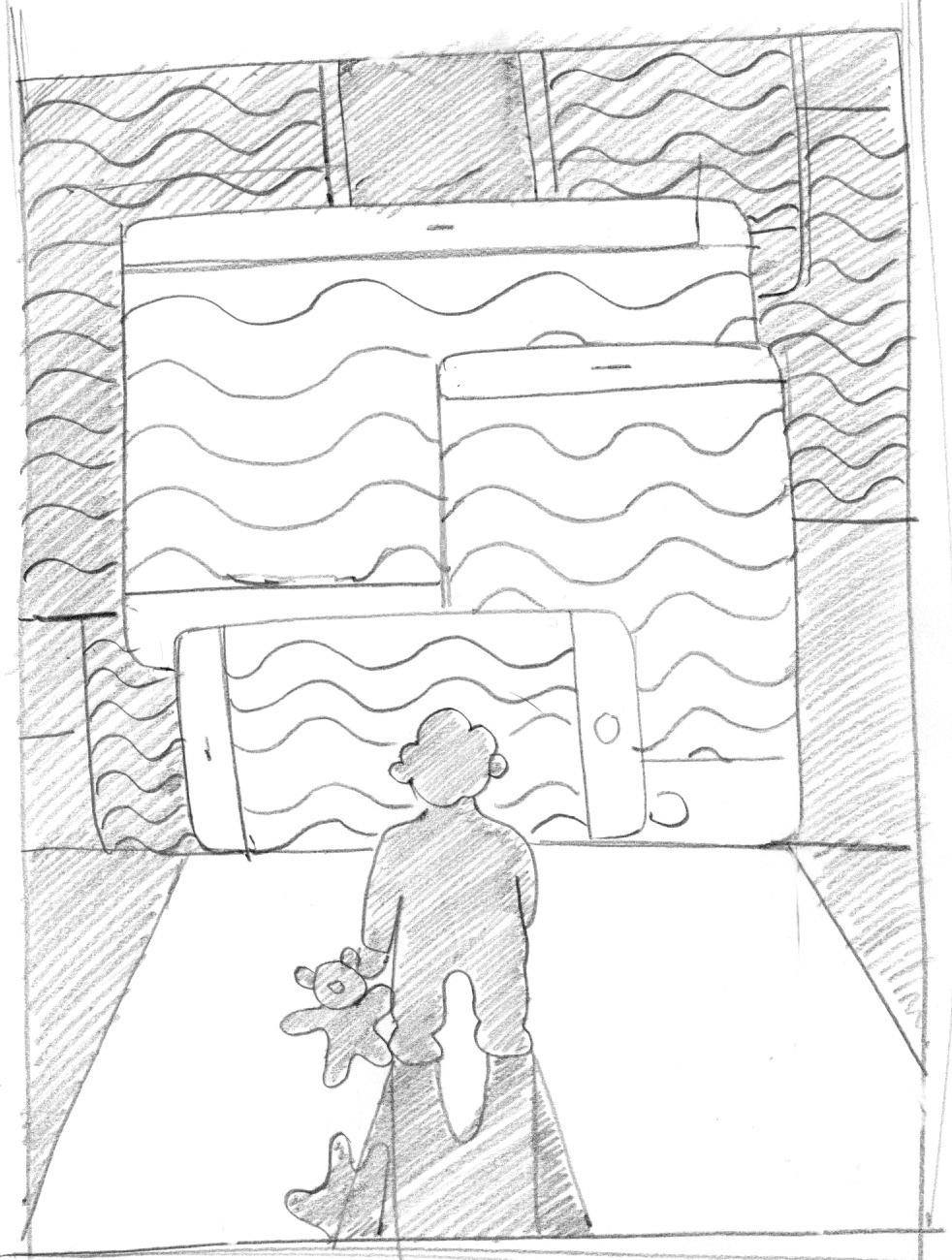 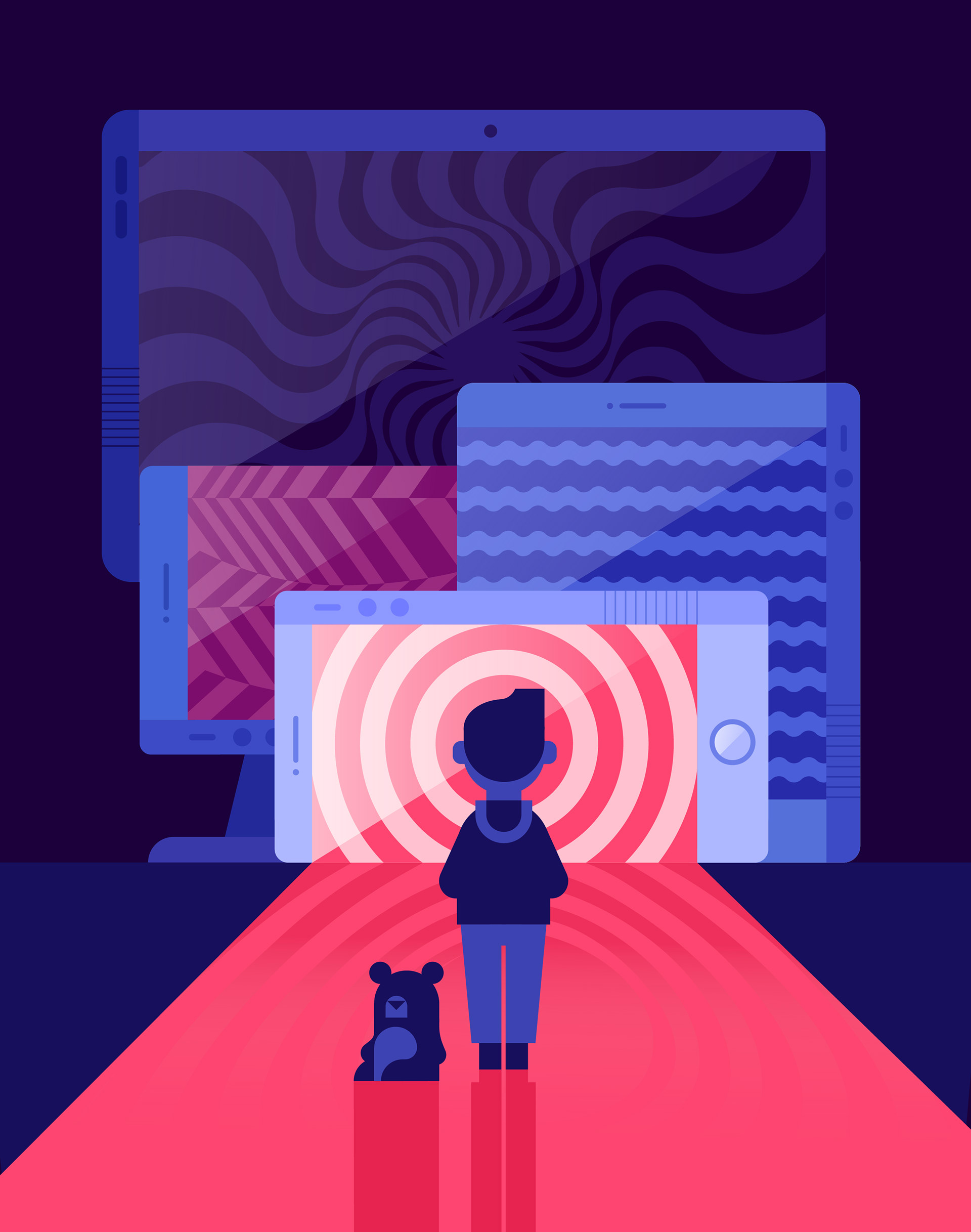 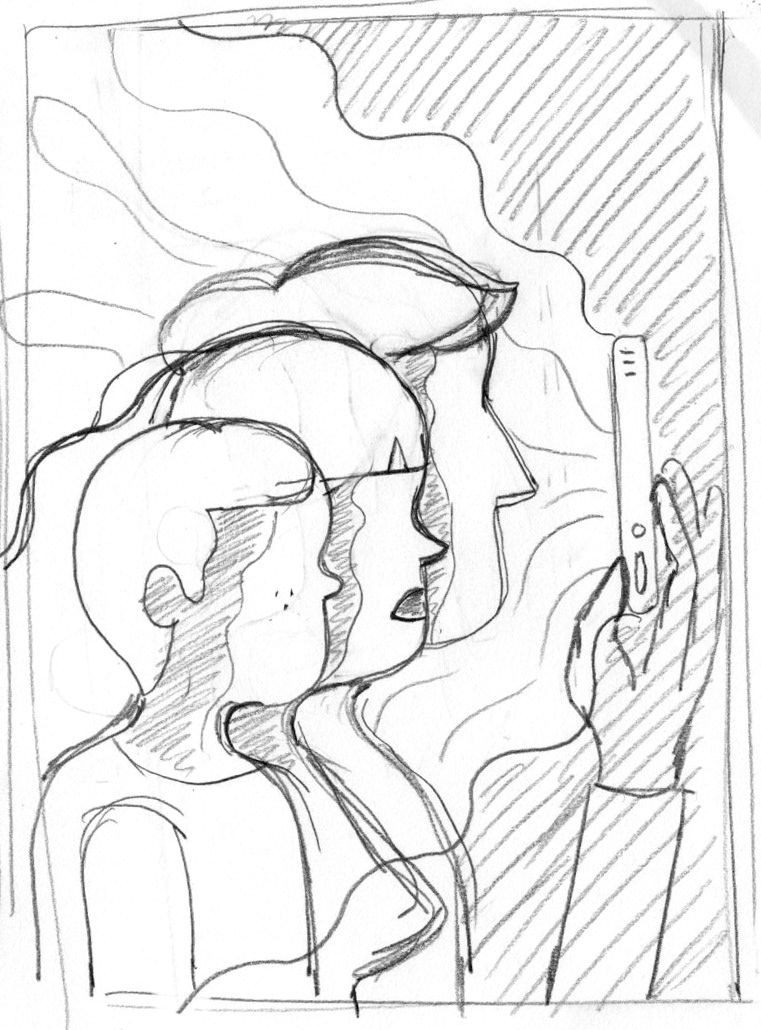 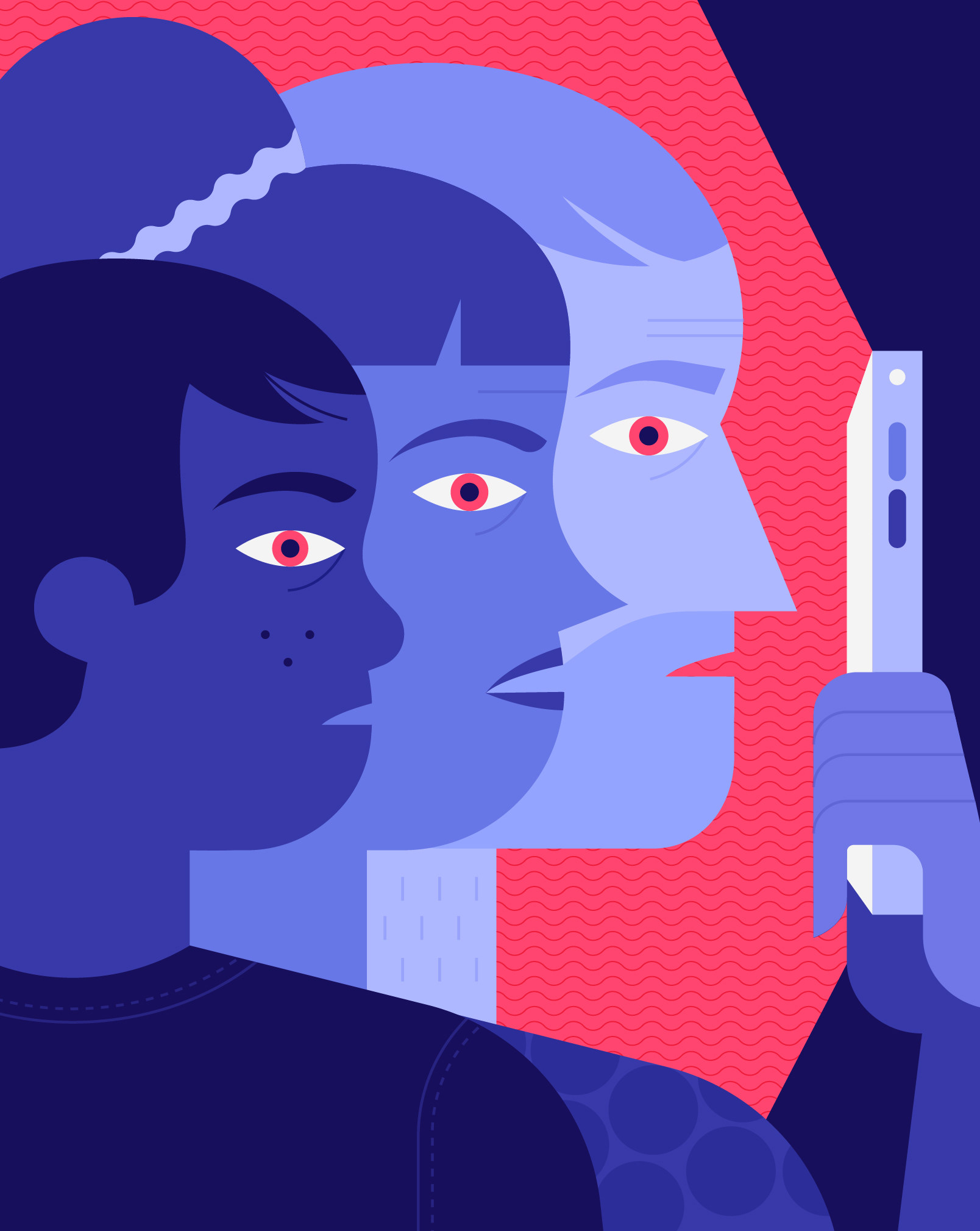 Illustration exhibited during the Montréal en Arts festival in 2019.​​​​​​​